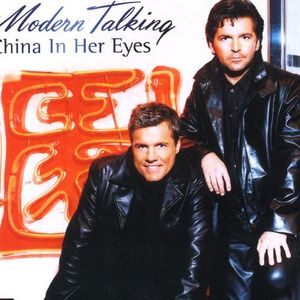 The group was born that year when Engsoc was at the zenith of its omnipotence- its power was unquestioned. They became our own national song about "you rub my back, and I'll rub yours"- the one that stuck in our heads whenever were pressed against each other in cold busses and crowded alleyways.

Diter Bolen subtly reminded us of Leo Leschenko, while Tomas Anders with his locks inevitably made us think of the handsome villains from Mexican soap operas during the crash of the Empire.

They became immensely popular, and by that became our heart and our soul at the same time, and everything else that they could get their hands on.

But nothing good lasts forever, as Nick Cave would have said, kissing Diter Bolen goodbye. By 1987, the group's luck had changed. 1988 was the year of the dragon. Notice the parallel: astrologers assure us that the dragon is a symbol of power. And 1984 is, symbolically, absolute power. However, despite all its power, the dragon is also the most dubious, and anything begun in the year of the dragon is full of risk. The friends decided not to take any risks. You can't take risks in show-business.

So they waited for a whole 12 years. They were waiting not only for the year of the dragon, they were waiting for the Earthly Dragon. The taste of the dragon is sweet, its favorite colors are black and yellow (the colors of the Russian Imperial flag), and the Earthly Dragon is a serious realist. He is careful, skeptical, and contemplative. They were contemplating in 1998. They were thinking in 1999. But that was all just a preparation to the test- the test of surviving in the harsh world of show-business, no longer protected by any other power.

In the year 2000, at the threshold of the Age of Aquarius, they release their disk "2000- Year of the Dragon." It is the culmination and finale of their career that, according to the complex numerology above, must have served some magical forces. Most likely, they were used by the Secret World Government, and, most likely, against their will.

We can probably even guess where this Secret Society had its base: "She has China in her eyes, she has China in her eyes┘."sing the never aging musicians on all four of the songs recorded on the single release with the same (note!) title. This single preceded the release of "2000: Year of the Dragon." It's still the same European pop, the sweet tears from the dragon's eyes. But when we hear rap, that's the heart talking. The heart of the Secret World Government, in a mountain cave, near Shambala┘in a cold bus, in a crowded alleyway. What difference does it make. The tired voice still sounds the same. It's the same earth beneath it.

You rub my back, and I'll rub yours. It shouldn't repeat. If they release at least one more album, the plans of the bloody conspirators will come true. And 1984 will seem like a party in the Olympic Stadium. 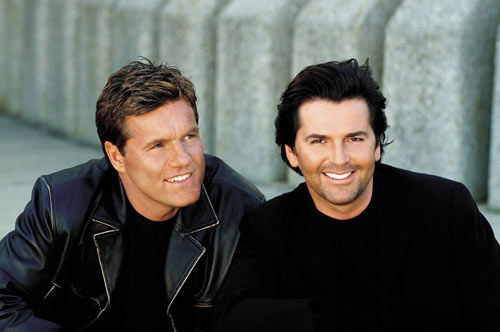