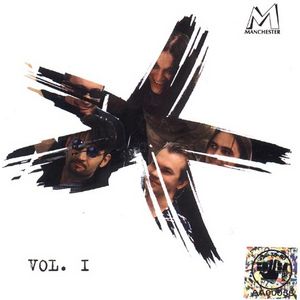 The slow ballad "Angel of Death" starts out, by the way, with the words "All you people that still have a dream┘" Martin Luther King sends his greetings. So does Bon Jovi. So does Gorky Park- a warm greeting.

The group Pushking was formed in 1994. Two years later they recorded their album, "VIP", which, according to their official site, "opened the eyes of European hard-rock fans."

So we have "Pushking Vol.1", released by Manchester Files in 1999. Albums like these are supposed to comfort us in hard times, to warm our souls, etc. Finally, thanks to these albums, we change our views about CD's, and about hard-rock in Russia.

Because hard-rock is dead. Russian hard-rock never died, because it was never there to begin with. And this is a good example.