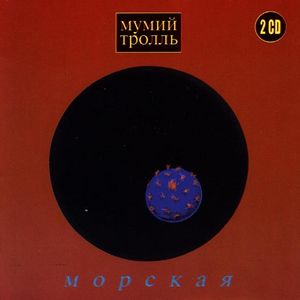 One day a soldier was returning home on a leave, when a couple of kids stopped him in the street. They painted him in different colors, made him use bad language... you remember the story? The soldier finished his time in the army and returned home. His girlfriend had waited for him, so they got married, and had a little boy. They called him Ilyusha.

The soldier had long forgotten about that embarrassing leave, but the trauma of it must have remained in his family, somewhere in the subconscious: colorful paints and bad language have spilled over all the albums of Mumyi Troll. There's a strong concentration of both on the Sea Album. The result is that here we have the best album of not only the brightest group in Russia, but unfortunately also the most hopelessly provincial.

Lagutenko on the Sea Album is our favorite Lagutenko, pushing the limit with risky euphemisms and the hysterical "we're leaving, we're leaving, we're leaving..." Of course, we're leaving. This is difficult to listen to for a long time: like an American acquaintance once said, it leaves too much of an aftertaste. While you're listening to it, there's constantly this feeling that there's a maniac waiting for you around the corner. And afterwards, for a while it feels like you've been, um, had... at any rate, wound around someone's finger, it's just not clear which one.

Basically, that's the main mechanism of Lagutenko's poetics. He's constantly lying, trying to crawl out of his skin in an attempt to be different- not different from something, just different- entirely. Well, it works. The logical effect of exercises like these is a disconnectedness of the compositions, compositions that sound complete and whole only in the present moment, for about two seconds. It's as though he's trying to connect the links of a chain, but the chain isn't of silver, but of mercury, and that's the problem. The works sort of dissolve, and they're by no means meaningless works.

And maybe if Lagutenko's father hadn't been stopped by those boys, the album would have been called Navy Sea Album. And the songs would have sounded strict and transcendental. They would have addressed the problems of existence. And then no one would have ever known that Mumyi Troll even existed.

Now that would be a pity, wouldn't it? 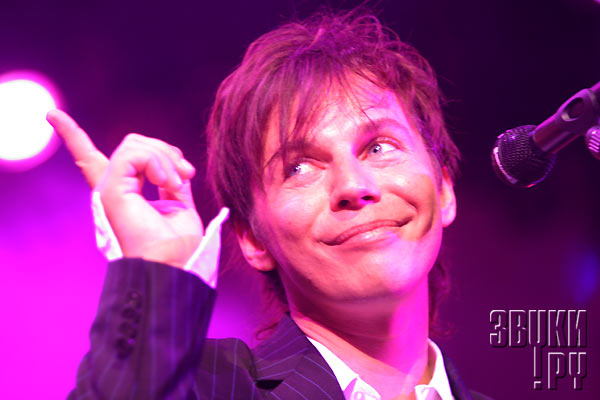 Although some may take this as an exaggeration, it always seemed to me that there was something more complex about Mummy Troll and Ilya Lagutenko than what appeared on the surface of his songs. It's...

Although some may take this as an exaggeration, it always seemed to me that there was something more complex about Mummy Troll and Ilya Lagutenko than what appeared on the surface of his songs. It's not that he has a particularly exciting biography, however, nor does the group really stray far beyond the standards of Russian pop. But if you listen closely to the lyrics, you realize there has to be some sort of reason, or at least justification for either their esoteric showiness, or imaginative eccentricity (depending on your point of view). You just don't know where to look for that justification. When I found out that by the time he reached the status he knows today, Lagutenko had already obtained a diploma in African and Eastern Studies from the Far East State Universtiy in Vladivostok, and had lived in China for a while (which I'm sure did wonders to his lexicon and his concept of vocabulary), I was able to place an origin to some of the wildest imagery in his songs. Not that…