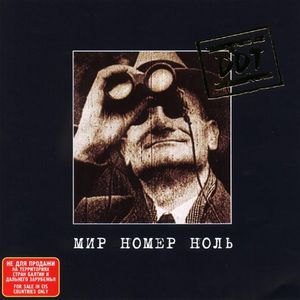 They've removed all potential hits from this program. The naked ideas - that's what they've left for us. Well... also some words. Not so many - just to illustrate the way their hero moves. Justa show him kinda movin (got it, man?). And these are not my words. Youry Shevchuk said that in his interview .

Oh-oh, Youry Shevchuk said that... I want to ask those dark forces, by whose will the hero was "taken and knocked down by these f***n' drugs" at the very beginning of his satory, when he was just, to say, taking wing, - so, I want to ask them: "Please, bring us back our Youry Shevchuk. And take your Kurt Kobain back, please".

Please, if you can. Wouldn't you be so kind?

Because damn strange things happen. There was a respectable rock-musician. Yes, he was addicted by Russian Idea a bit more, than Russian rock-musician should be. But it's not such a great sin, yeah? He was a bit too much politically involved. But he is to be famed for that! He's not a chatterbox. Unlike all others. He is, by the way, the author of the first russian "terrorism-research" song.

Something incredible has happened suddenly, something impossible. General protection fault. Sound of "World number zero" pretends to be everything - from Nirvana to "The Matrix" soundtrack. It doesn't even pretend, that it's DDT. Because everybody knows, it's DDT. And it's great! It's great, that everybody knows. Because otherwise we wouldn't be able to guess.

Because never before the ideological structure has been sticking out from the musical cloth so brutally as in "World number zero". It's like thin ribs of young female revolutioneer sticking out from the blue blouse (she just has tightened the belt with a gun on it too much). Because it's the first conceptual Shevchuk's album. Because the concept of the album is the Great Fight Between Forces of Good and Evil. Because this new Shevchuk (supposedly Shevchuk Fyodor Mikhailovich) castigates all the weaknesses and vices of our everything. And he castigates them not just so, but with a large existential implication, having digs to Boris Grebenshikov, whom Shevchuk doesn't like. And even worse. He has digs to Youry Shevchuk, our beloved Russian rock-musician.

The album is divided into three parts by instrumentials, irresponsibility of which can be hardly compared to anything known. "Shoot by the dawns", which was heavy rotated all over our long-suffering Motherland, in comparison to them seems to be the ideal of melodism and lyrical frugality. "Hero" is the last song. It is, as Shevchuk said, "kinda resumee". Resumee of another failed attempt to cultivate some grunge shoot on Russian soil. Let it be weak and ugly, but let it be... Nope. Noway. No grunge for bad Russians.

So, please, take your Fyodor Mikhailovich back. And take your Kurt Cobain back as well. And take back your songs about drug addiction - we have already read "Naked lunch" by Burroughs and we've already heard "The foam city" by Youry Naumov. Please, bring us back our beloved Bonny, our Youry Yulianovich Shevchuk. You may not bring us back his "Fall". We love him anyway, even without it. 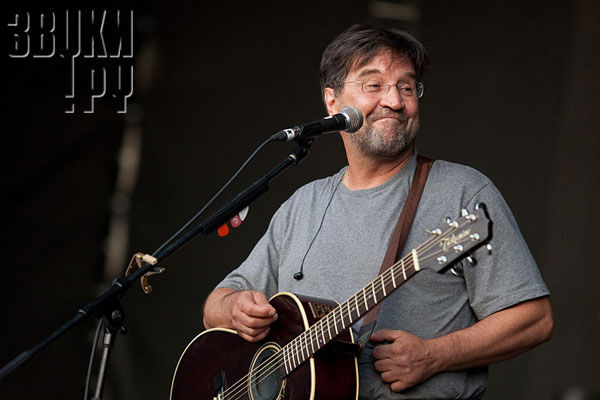