The album is published in three formats- MC, CD, and collection CD. Cassettes and compact disks will include song lyrics and will feature a couple of somewhat disturbing pictures. The album itself, recorded in November in St. Petersburg with the help of famous producer Andrei Alyakrinsky (TEQUILAJAZZZ, The King and the Joker, Cafe, etc.), includes 17 songs combining pop-punk, classic-punk, hardcore, ska, reggae, country, latin-jazz and whatever else you can imagine in that vein. Maybe that's why the collection disk is gold and includes such a charming 8-page booklet with far more charming pictures of the group in it. For whatever else, at least the design is great- I'd love to page through it.

If you're more than superficially interested, though, you can go to the group's site for more background. 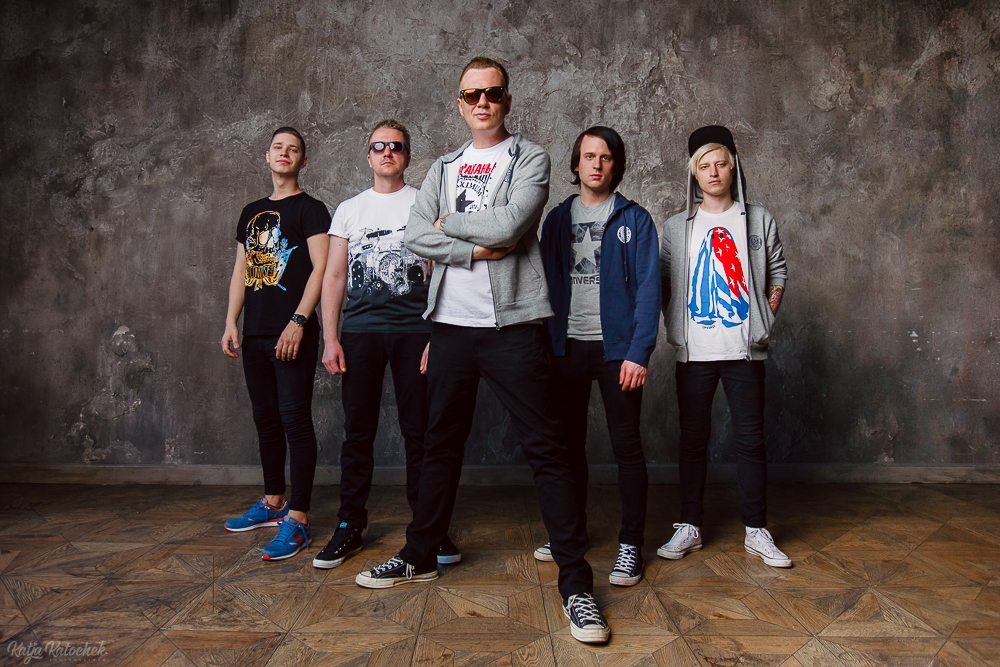