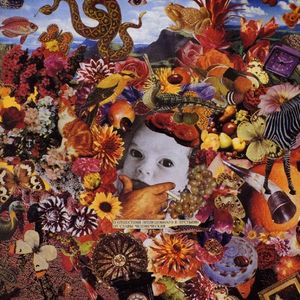 For a large group of people Egor Letov started out with the album ⌠Jump-Hop,■ which finally tamed the soft-eared with loud screams and the scraggly ⌠nasty■ youth with lyrics about anything but protest. ⌠One Hundred Years of Solitude■ is somewhat of a logical and esthetic limit, the second stage of what began developing in the first album. During that time everyone already know that Letov no longer believes in anarchy, which is an unbearable stage of being for two people, let alone for one. A jump into the underground (psychiatric wards, police, KGB-rock) had already happened with him, but then something entirely logical happened- a jump into the clouds where Letov just happens to remain. There is no God and no place for God in that ionosphere into which Letov has been discharged and where he now freely flies, there is only stale air. It's pointless to talk about the talent in the song-lyrics, about anything new or original because it's all over everyone's heads. He sets his words on fire up there and lets them fall to our ears while they are still barely smoldering. The album is an overdose- beautiful, and inhuman. To fly up so high at the age of 29- is impossible, it can't be done by a human. That's a spherical lightening up there, a bright, bright sun- if you look into it, you'll lose your eyes.
You listen to this album, and you go insane, at least- never to come back, never to regain anything you've ever had in this world, whether material or not. Only Nietzsche will dance in hell for you, but unfortunately, nothing more can be said about this, and it remains for the most part indescribable.