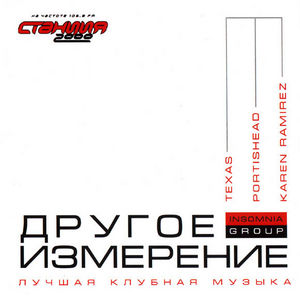 While all the academics are still arguing whether the existence of another dimension is actually possible, musicians are already spending their time examining it. The anthology "Another Dimension" offers a glance over into the other side of the border of our musical universe, the possibility to hear a different kind of music, something familiar but at the same time absolutely new: it is the music of a century that has not yet started. The alien sphere of Bet Gibbons (Portishead), already well known among Russian music fans, is combined in "Another Dimension" with the music of virtually unknown DJ VAS from the group Kojak, with its echoes from French funk ("post-Chicago house, effectively crossed with techno-funk"- this is what the critics have to say about this group), while the electronics of Tom Middleton sound side by side here with the "tempting funk" of Stefan Malki.

Today, according to the words of one of Kojak's members, "music culture is determined by technology." Technoculture defines style- or, more accurately, the combining of styles, while an honest directness, the avoidance of selling out, and the continuing technological revolution at the changing of centuries, are the aspects that best express the mood of a whole generation of musicians.

All this together really is the door into another dimension.