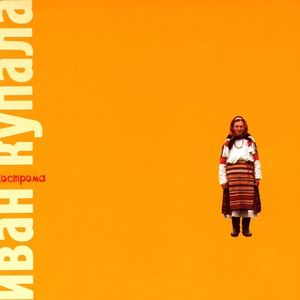 Well, I'd rather say nothing but the sacramental "Why not?" But that's not the proper way to talk about music, so I would put this question in another way: why on Earth Dead can dance are chanting like gothic nightingales beyond the Notre-Dame roof, while our old ladies are not allowed to sing about Kostroma, small town? Where's the fair play? - as Bulgakov's Koroviev used to say, ruining tangerine pyramids in a supermarket.

So here it is, fair play. Help yourself. Grandmas chorales are on stage. Together with Volga, Oka and anything else we've got there (or here?). Now Russia is a civilized country, with its own electronic-ethnical consciousness. And the main thing on this CD is a dashing "yeeeeeah!", brilliantly performed by the old ladies. I just don't understand who are those morbid guys with painted faces in "Kostroma" video. The song is cheerful, the video is even better than the song itself, and the album in general is quite nice. Maybe those guys are so sad because A.K. Troitsky has not given them his approval, saying like - everything is OK, but still something is wrong.

Cheer up, guys. That's bullshit, you know. Let's do it, all together now: 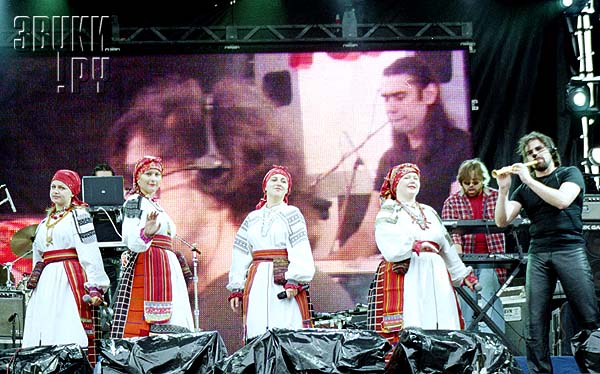